Note: This story is also available in paperback and as an e-book for the Kindle, NOOK, and Kobo readers as well as through Google Play Books. More info...

This work is licensed under a Creative Commons Attribution-Share Alike 3.0 Unported License (As of December 2007; see licensing note.) 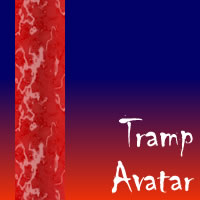 I was never a great believer in mysticism. My parents attempted to raise me as a church-going, God-fearing boy, which lasted tenuously until I was twelve or so. The older I grew, the more cynical and skeptical I became, until I relegated religion into the same class as notions such as ESP, seances, and other supernatural "nonsense." Whether you believed in ghosts or the Holy Ghost, it all seemed the same to me; it all seemed a denial of the natural human mortality that I learned to love rather than fear.

On a non-descript Summer day, with heat as annoying as the brilliance of the sun, a day when I scolded myself for leaving my sunglasses at home, my perceptions of the Universe turned suddenly back toward those weak spiritual roots. I'm not here to tell you there is or is not a God, but I know my own ignorance as I've never known it before. Knowledge! Now that is something to be skeptical about. Only fools trust their knowledge. Only fools believe themselves wise.

What difference could I have found in this day? It started like every other drab, dull step toward the death I welcomed to end the ache of life. On the drive to work, my coffee spilled in the rental car (the one putting me deeper into debt as my own car added even more debt at the hands of a snide mechanic), and the report for my boss, the reason for little sleep the night before, was spattered with brown. A confused freight train engineer tied up traffic, making me late and sparking the ire of that same boss, who whined again how the tight job market was her only reason for not replacing me. The woman I'd spent far too much on and woke up that morning without for the first time in weeks, ostensibly my girlfriend, called me just before lunch to tell me she was moving out to go live with this nice guy she met at the bakery. These trivial events just marked it as a day like any other.

"Paul," the voice of my boss interrupted my lack of focus on my work, shortly after midday, "I need this packet taken to the downtown office immediately."

With an excuse for fresh air and a break from her owlish stare, I jumped at the chance to leave, even if it meant squinting the entire drive. Traffic was light, but the signals were against me, and not once did I pass through an intersection without waiting for a green. At the last light before my destination, I noticed a man with dirty face and dirtier clothes standing on the corner with a cardboard sign. "Need cash for bus fare." Or a beer, I thought as I accelerated past him.

The downtown office was a large suite, leased in the basement of the old city library. The imposing entry to the building, with huge columns of light red marble, earned a grin from me as I imagined some architect fresh out of college blowing his first major budget on his pet architectural fantasy. An orgasm of stone, as it were. The rest of the building was more subdued, although that same marble was in evidence throughout. I drove past the grand entrance and pulled into the parking lot on the far side, noting again how badly the lot needed repaving. Such trivial details I noticed then, so unsuspecting.

My first overt clue about a fundamentally richer Universe hit me as I climbed out of the rental car and stood up straight. My parking spot, as I might as well have bet on, was about as far from the library building as I could get. On the far side, next to the nearest of the red marble columns, I noticed a dark figure that seemed familiar. Was it the fare-seeking bum off the street? My eyes didn't have time to register much detail about the person, distracted as they were by the sudden appearance of large, colorful bubbles that floated out in two lines from the distant person's fingertips. They flew toward me and passed close by on either side of my head, soundless, opaque, and swirling with rich hues. As quickly as they started, the last disappeared past me, and there was no sign of the man by the building, although I thought I heard deep laughter in the distance. I looked about, but could see no sign of the man, the bubbles, or any indication that others in the area had seen anything unusual.

"I must get to bed early tonight," I muttered as I started walking away from the car. "That was just too strange for words."

Deep in thought, I climbed the smooth steps from the sidewalk to the library entrance. I glanced about, then chided myself for expecting to see the mysterious figure. I was much too old to believe in magic, but sleep deprivation was an easy enough thing to understand. Easy isn't always right, of course.

"You'll have to leave your dog outside."

I stared at the woman by the door. Was she talking to me? I glanced about again, and was surprised to see a small white dog of undetermined breed at my heel. Not understanding why it was following me or when it decided to do so, nor having any idea to whom it belonged, I just stared at it for several moments.

"Is there a problem?" the woman asked, sounding annoyed. Of course she was annoyed. I had a bad habit of annoying people without really trying.

"Um. No." What could I say? Would she understand that my average day was turning out to be not so average after all? "Sit," I told the dog. It looked up at me and, to my relief, decided to sit. When I moved to walk past the woman, I thought again that I heard distant laughter, deep and rich, as if I was providing great humor to someone unseen.

In the cool depths of the basement, outside the door to my employer's suite, I realized that suddenly my stomach was feeling better, even though I hadn't recalled it being upset before. The notion struck me that I was suffering from food poisoning, or perhaps a flu, and the oddities of the afternoon made comfortable sense again. Apart from drugs, there's not much like a fever to play tricks on your mind.

With scant conversation, I delivered the packet to the receptionist. Amidst her chatter about the weather and family news, and ample evidence of a profound lack of original insight into politics, I managed to convey that the papers were urgent. She nodded and moved them to the bottom of a pile of papers in a tray marked "Satellite" which, I suppose, referred to our satellite office. I didn't care much that the papers wouldn't be handled in a timely manner, only that I had delivered them and the message to expedite their handling. The papers mattered very little to me personally that afternoon, and of course now not at all.

Amongst the boredom, frustration, anger, and related emotions I felt that morning, I wasn't expecting fear. I suppose nobody really expects fear, which is what gives it such power. As I climbed the stairs up from the basement, a deep rumbling demanded attention, and fear surged forth as the building began to shake. Even without any personal experience, I immediately recognized that I was being caught in an earthquake, and suddenly the orgasm of stone and its traces throughout the building did not look amusing at all. Foolishly, I partook in a rush of library patrons heading out toward the street, out toward that mass of red marble which once seemed so solid.

Once outside the door, but before descending to the street below, the shaking of the earth and the panic in my body stopped me. I fell to my knees and stared up at the cracking and crumbling rockwork over my head and around me. Bits of rock, some large and some small, were already cascading down, and I watched as massive cracks spread through the columns. Surely, the entire grand entrance would crush me, and the others stopped around me, within moments.

And then there was laughter. Deep, booming, loud laughter. Put your fingers in your ears and still hear it clearly, laughter. And a warm, yellow light that changed the look of the red marble to orange. The rumbling of the earth, the falling of the stone, and the laughter all stopped together.

People around me were crying, mostly in fear and shock although I suppose some were injured. I didn't cry, I listened. There was a laughing voice in my head; at least, nobody else seemed to hear it.

"Paul! I am you, and you are me, and now I'll try to set you free! Paul! Solid life, and bland belongings, all of these are spiritual wrongings! Paul! The road is ready, your way clear, just come with me and discard fear! Paul!"

My first reaction was that I was going crazy. This must, I reasoned, be the first signs of schizophrenia, probably triggered by the stresses of the day. I looked up at the cracked columns around me, and wasn't sure if I should be thankful that they had not ended my life moments before. When I looked down again, there was a cardboard, handwritten sign at my feet.

I picked up the sign and studied it. The voice in my head was quiet for a moment, so it seemed like a good time to get moving. Move I did, down the once-smooth stairs, down to the street, and toward the parking lot.

"Paul?" I turned toward the voice. This time it was thankfully outside my head, but I could not understand. On the road beside me sat a low, sleek, yellow convertible sports car, and at the wheel sat the most gorgeous blonde I had ever seen. She beckoned to the seat beside her. "It's time to go, Paul. There's nothing more for us here."

It would not be an average day after all, I decided. I climbed in, and as she sped off, I threw the cardboard sign out over my shoulder. We've been on the road ever since. We've never been back to that city. I would avoid it if she wanted to return, there's nothing more there for me. I'm not sure what really happened that day, any more than I'm sure what is happening today. The only thing I'm sure about is my own ignorance, and it's a comfortable thing.

I heartily agree: The older I get, the less I know. This was a tight, vibrant story that spoke volumes with an economy of words – and made me jealous that I haven’t seen my own yellow convertible sports car.

Great yarn, well written. I was drawn in completely.