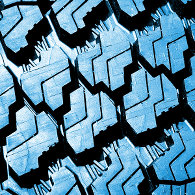 I think "traction" and "tail" are fundamentally different concepts. I see people using them interchangeably, but I believe that understanding the difference and using the terms consistently is important when trying to sell books on a variety of retailers (i.e., "wide"). Understanding the difference is important because not all retailer sites are equal and it's important to understand what can be expected on any given site.

So, what do these terms mean? The following is how I would define them. Feel free to leave a comment to disagree, suggest refinements, etc.

"Tail" can refer to a couple things. It can mean the long-term residual effect from a marketing tactic, and it can refer to long tail distributions. See "Long tail" on Wikipedia for an in-depth discussion of the latter. Although long tail distributions definitely matter to indie artists of all kinds, in indie book marketing most people will use "tail" to mean the former, i.e., the ongoing positive impact from a specific marketing tactic—maybe a BookBub feature, maybe a blog tour (does anyone do those anymore?), or whatever.

Traction refers to making lasting progress. Think of hiking up a steep or snowy slope. If you eventually slide back down, you didn't have traction. That's why I say that a tail is not traction. A marketing tactic (BookBub, etc.) might be the start of getting traction, but it might not, even if it has a good tail.

Read on to see why this matters when selling books "wide."

Before I go further, let me clarify: This blog post is not an argument for Amazon, against going wide, or anything like that. This is only intended to share my thoughts and analysis of how these terms can inform attempts to sell books through a variety of platforms.

From what I have seen, traction (lasting progress) is more feasible on Amazon because of the various ways they present top-performing books to shoppers and because of the size of their shopping population. They offer extensive drill-down in top 100 lists that readers can browse. For example, you can go browse the "Top 100 Short Reads (30 minutes) in Science Fiction and Fantasy." I've seen no similar level of specificity on other sites. That level of specificity allows a book with an overall rank of over 200,000 to be in a "top 100" list where it can be discovered by potential buyers.

The more discovery tools like that are available, the more a site can bring buyers to us, and the more sales rank can provide traction. Having good enough rank to be on any of those myriad top 100 lists exposes a book to buyers looking for those types of books, potentially leading to sustained visibility in a positive feedback loop. That is traction. That is lasting progress, rather than a spike with a decreasing tail. That is also why I don't buy into the idea of ignoring rank. The relevance of it should be understood, not under- or overstated.

The other book retailers have not provided as many discovery tools to shoppers. That limits the ability to gain traction on their sites. Their shopping populations are also smaller by being more focused (e.g., on books) rather than encompassing people looking for diapers and doorknobs and drones. That also limits the ability to gain traction there. With some extra coding time the other retailers could provide more discovery tools, but expanding the shopping population is a fundamental business issue.

Luckily, for those of us who want to sell wide, we're not limited to the discovery tools that any retailer or set of retailers deigns to offer us. In terms of traction, building and maintaining an effective mailing list seems particularly effective. Pumping money into various promotion sites on a regular basis might give an effect that looks like traction, but you can't know until you stop pumping money in and see whether sales continue or not.

As I see it, the #1 best tool for traction is a growing catalog of quality books. These can be tweaked for additional value by prompting the reader at the end to sign up for a newsletter and/or tell their friends about the book, but a high quality book—and availability of more from the same author—will do more for actual traction than anything else (assuming, of course, that enough is invested to get books in front of an initial set of readers).

Just some thoughts... and now it's time for coffee. And time to not think about how these 750+ words should probably have been written into a new quality book instead. :)

Photo by Kenn Kiser (click; on Morguefile.com), used under license.