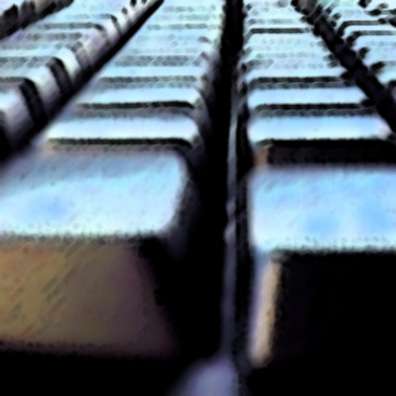 There are quite a few things that I could write about this week for my writing blog. I'm sure that if I tried hard enough, I could somehow work in a political message following the inauguration of President Trump, but I will leave that for others. I am somewhat tempted to address the issue of writing for the purpose of entertaining a large audience versus writing for literary art, but at least for now I will leave that for others also. For this blog post, I will focus on two recent milestones that I celebrated this past week.

One reason to celebrate was that I finished another novel first draft. This was the novel that I began in November for NaNoWriMo, and although I had hoped to finish it earlier, finishing it in about two-and-a-half months is substantially faster than spending years on manuscripts, which I've also done. My "worst" writing time has yet to be determined, because I started a novel in January 1985 and I have not yet finished it. I treat that as sort of a joke, although I do have plans to finish it eventually. This week, though, I was just glad to get to the end of the first draft of this much more recent project.

Another reason to celebrate was that I completed one full year of writing every single day. Around the middle of January last year, I took on a challenge to write a certain number of words in 60 days, and I felt my odds would be improved if I wrote every single day. While I did not succeed in that challenge by reaching the correct number of words, I did manage to write for those 60 days without taking any days off. I decided I would continue on after that, and several months later I still had not taken a day off from writing. I then decided to try to complete a full year before taking a break.

Completing the draft and completing a full year of writing both occurred on the 17th of this month, and I posted on Instagram a snapshot of a special beer that I had originally purchased to mark the completion of that novel. The beer is not really "special" except that it is from a local brewer that I had been wanting to try, and so I bought that one as a reward for myself for completing the first draft of my NaNo '16 project.

In addition to occurring on the same day, those causes for celebration share something else. Both of them were achieved in the face of significant distraction and life disruption, and with the persistent willingness to take baby steps when needed and long strides when possible. Even tiny steps add up over time, so even on those days when I grabbed a mobile device to tap out just a paragraph or two in the last half hour of the day, I was making progress. Of course I would like to make faster progress all the time, but when the chaos of life does not permit that, some progress is better than none.

I am now taking a short break from writing so that I can get caught up on a large backlog of work, year-end/tax season responsibilities, and personal paperwork to prepare for the big changes coming up in my personal life. I hope to be sufficiently caught up on those other things within a few days, after which I will pick up one of my unfinished manuscripts and write the last few chapters of it. I have a number of projects in development and I'm hoping to have at least three or four of them released before May of this year. I will have very little time to work on my books after that, for a period of possibly several months. Up until that time, and hopefully during that time, I will continue trying to keep this blog updated.

Image based on photo by Alvimann on morgueFile.com. Used under license.