Introducing a new book by... you! 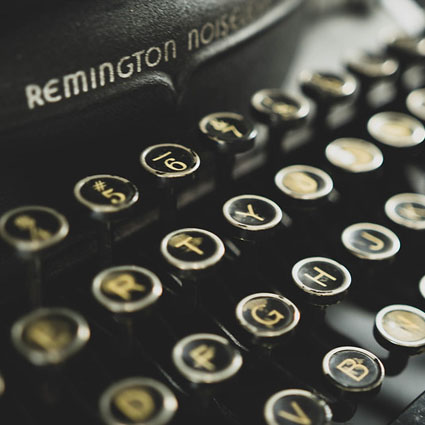 Maybe you've thought about writing a novel, or maybe the thought never crossed your mind but seeing this blog post makes you consider it. Autumn has arrived in the Northern Hemisphere and with it a fun and useful way to achieve that writing goal. As I write this in late September, I'm starting to prepare for NaNoWriMo (National Novel Writing Month, which is really international these days) in November. This annual writing event brings together people around the world for one goal: write a new novel! You can join in—it's free, and at the end you might have a new novel. Read on for more about NaNoWriMo and why I think you should join the fun!

I wrote my first novel as a teenager, long before NaNoWriMo existed, so for me the event is a time to write another novel. Whether you've written dozens of novels or none at all, the community support of writers around the world focusing on one goal during NaNoWriMo can help you get through the struggles that can arise when writing a novel.

If writing a whole novel sounds daunting, don't look at it as one big project. Think of it as a series of closely connected short stories (each chapter being a story) that follow an overall concept and where each one contributes a specific role in the bigger plot. You could even think of it as writing your idea for the first season of a new TV series—with 25 episodes (chapters) and around 2000 words per episode, you reach the 50,000 word goal to win NaNoWriMo!

Maybe planning out a complete novel (or "TV series") seems too difficult, but there are some very useful resources to help writers with planning ahead. Take Off Your Pants! by Libbie Hawker will give you a solid start, and many experienced writers recommend it. No one resource is right for everybody, so if that book doesn't strike a chord with you, then you might instead be interested in this blog post by Derek Murphy where he presents a 24-chapter approach to a common story structure. If you can "fill in the blanks" in that outline and then set aside time each day in November to write about 2100 words (one chapter), you'll win NaNoWriMo using his guidance with time to spare.

Of course, you can also choose to not plan ahead and just try to force your way through the writing process, following the story wherever it leads you. Commonly called "pantsing" your book (writing by the seat of your pants rather than following an outline), this may work for you depending on what kind of writer you are. If you're not sure, though, I recommend drafting at least a basic outline so you know where you want the story to end up. You can change your mind later, there are no outline police to drag you off to novelist jail for not sticking to your original story idea, but having the greater concept in mind can help avoid getting stuck before you reach your goal.

To get started, set up your account on NaNoWriMo.org. Create your first book in your NaNoWriMo account when you’re ready to commit to this goal. You might also tell friends or family about your decision, if you think they will be supportive of your creative effort. Once those steps are out of the way, tackle whatever preparation seems right to you, and then get ready to start pounding out the words on November 1!

Typewriter photo by Marco Verch via Flickr, used under license.