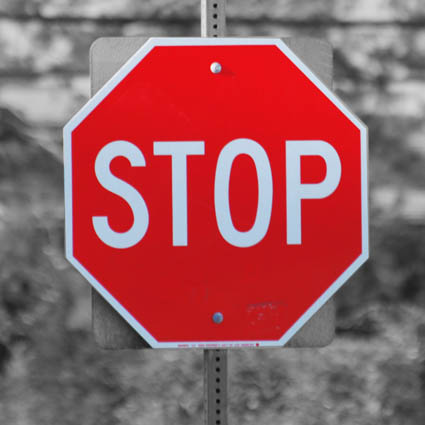 I first participated in NaNoWriMo in 2006. I skipped it in 2007, but I have done it every year since 2008. Most of the time I "won," by writing over 50,000 words in November. There were some years where I could not reach the finish line in time, though. Last year, I won... and I decided it was my last time to participate.

Before I go into more detail, I want to make two things clear about my beliefs and principles.

First, I don't think there is anything inherently wrong with an "organization" (or "entity" to be more general) gathering the resources it needs to survive. This is true for companies, for nonprofits, for clubs, for churches, and even families and individuals. There are costs for everything, even for survival needs. Seeking the means to cover necessary costs is not, by itself, "wrong." Second, I see nothing inherently wrong with amplifying the voices of those who have been historically ignored or pushed aside (for any reason), nor with making sure everyone feels comfortable participating in a group activity (however that may be defined). These things are not inherently wrong. How they are accomplished... well, that's a different story.

Anyway, going back to NaNoWriMo.... In recent years I realized I was becoming increasingly disillusioned by the event, and it wasn't entirely a result of my own ability (or at times lack of ability) to reach the 50,000 word goal within November. When I participated in 2020, I realized that my disillusionment was coming from how the current nonprofit organization behind NaNoWriMo was treating the annual event. They seemed to have lost all sight of the original purpose of the event. Instead, they seem focused on two things: raising funds to support the organization, and projecting themselves as inclusive of all participants and supportive of under-represented groups.

As I pointed out before, I don't see anything wrong with those goals in general. But context matters. When you completely lose focus on the core reason an organization exists in order to pursue other goals, that's a context that affects how those "other goals" are perceived. Is it important for NaNoWriMo to raise funds to continue operations? Absolutely. But if they give up their focus on word counts, which is the original reason NaNoWriMo existed at all, just to raise funds... that's not just "wrong" (in a belief/principle system), it's undermining the entire thing. It calls into question the reason for donating funds.

But now there's a different goal to (ostensibly) warrant donating funds. That goal is to welcome, and lift up the voices of, under-represented communities. And again, as noted above, I see nothing wrong with that goal by itself. Without context, I consider it a laudable pursuit and something I have tried to do in my own ways. But there is context in the case of NaNoWriMo, and that context is that this new mission is brushing aside what NaNoWriMo was all about, i.e., word count. NaNoWriMo was always about 50,000 words in November... until recently. Now the dual mission of raising funds and supporting non-majority participants has brushed aside word count as a focus.

If I was asked to support those social goals on their own, I would do so, as I have in the past, in ways I believe are actually effective (noisy bandwagons not included). But when I am asked to not just support those goals but to also throw away—without explanation or justification—something I value, then I'm much less willing.

Some might say that NaNoWriMo is still focused on word count because there are features of the site that relate to word count. Anyone who has been participating in NaNoWriMo for over a decade, though, will know there are quite a few word-count features that have disappeared over the years. Apparently it's too difficult to maintain (or re-implement) them... compared to supporting the new goals of NaNoWriMo. Word count has clearly taken a back seat, it's just not important anymore. It should surprise nobody that when I commented on these things to the organization, they ignored me.

I'm not playing along with this corruption of what NaNoWriMo is all about. I'll continue donating to nonprofit organizations. I'll continue doing what I can to make all people feel welcome and comfortable, and to amplify voices that have been suppressed or ignored. These things will continue to matter to me, just as they have my whole adult life (and I'm technically a senior citizen now—even if I don't feel like one). I'll also continue to support writers trying to get their stories written down for future readers to enjoy.

It does feel weird to hear about people preparing for NaNoWriMo this year and know all the while that I'm not joining them, for the first time in more than a decade. But it's a tradition I will abandon, because it abandoned me. Because NaNoWriMo isn't about word count anymore. I still wish the best of luck to participating writers; I hope you get your words in, I hope you get your stories told, I hope you reach your readers. Do those sprints, attend those write-ins... but also, take some time to really look at what has happened with NaNoWriMo in recent years. We can accomplish a lot without NaNoWriMo. Will this be your last year, like 2020 was for me?